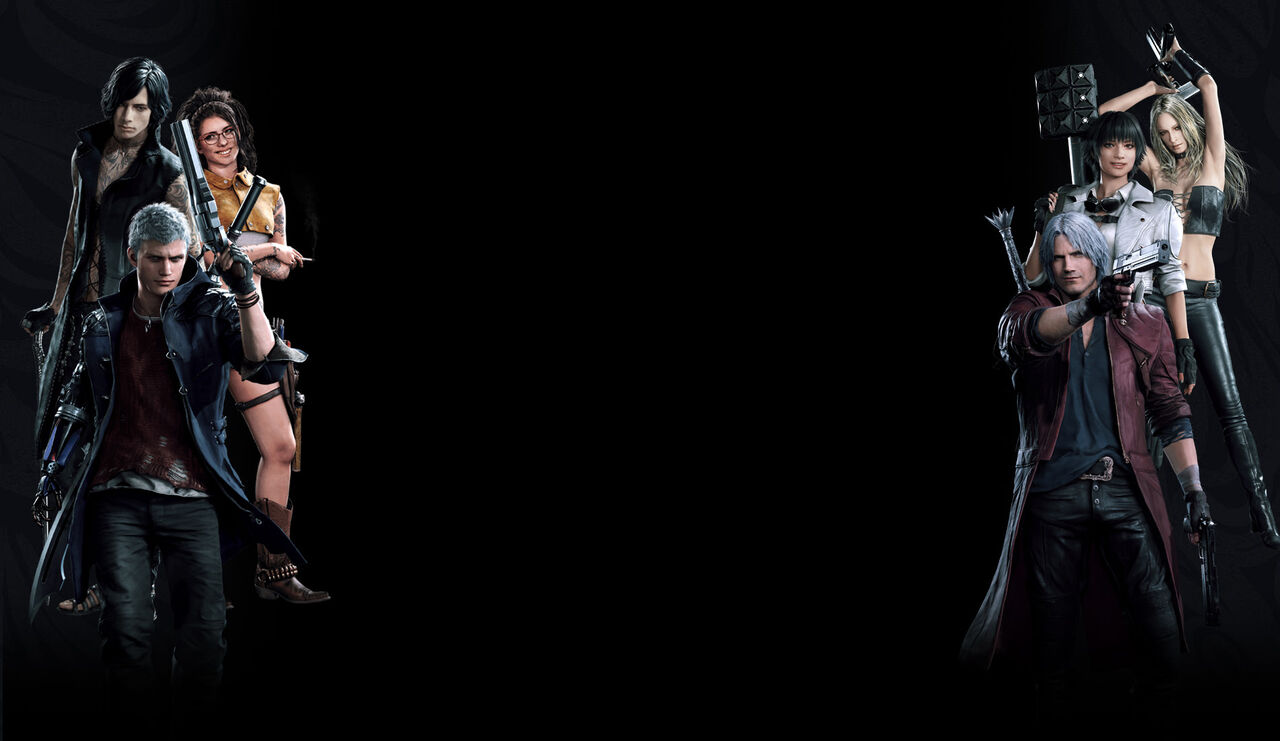 Dante used it just like he did with Rebellion, so while being skilled swordsman, you cant really say that he used the blade's full potential.

Trish made some of her own moves with the blade, but then again a lot of them are the copy of Dante's already existing moves.

Arkham hasnt displayed that many feats with it, he proved that he can swing it (Well it's something), create wind slashes capable of destroying big columns (well almost like Yamato, but weaker) and crossed the blades with Dante.... That's all. Should we count his blob form?

Sanctus did managed to use it as a floating weapon, creating energy beams out of it and even learned a few moves (something similar to stinger), but in the end all he did, was to use the blade to enchant his own powers.

(edited by administrators)
DanteTrishSparda (Devil Arm)Arkham
0
Just looked through the DMC3 manual. Hes human. I guess whatever demonic power he has is due to his black magic.
(edited by LegionZero)
0
So just like V?
(edited by Meshifuari Arimota)
0

Kinda. From my understanding, V is like, a summoner, but Arkham is closer to a sorcerer/spellcaster.

And they say that V is a mere human, but he can do superhuman feats, just like Lady

Lady can do badass stuff but she cant take on some of the stronger demons, often recruiting Dante to handle the situation for her.

V hasnt really done anything super human yet, but humans who know a lot of magic, especially dark magic, can do some pretty crazy stuff Arius and Arkham being prime examples

If V can fight someone like Cavaliere (trailer), took a hit and survive, that's a Superhuman Durability feat, and I doubt that as V we are going to die with one hit

Just like Lady who can dodge Lightning from Trish in the Anime, both are stated to be Humans but they have Superhuman feats

Can we really count him "Being stabbed" as taking hit? I think it works more like illusion or something.

I'm not talking about that stab

Should we take Lady's Super Leg Regeneration as a feat as well? (It got healed in like hour or less).

Also they can explain, that he survived those hits only due to the demons granting him protection because of the tattos or something like that.

It would actually be a p.dope mechanic... You lose all of the tattos(summon all of the monsters)? You die on one hit.

Gameplay doesnt always represent story. Nero can take quite a few direct hits during gameplay but got stabbed twice and almost died in a cutscene

Should we take Lady's Super Leg Regeneration as a feat as well? (It got healed in like hour or less).

It didnt heal, she bandaged it. I know its a paper thin explaination but it was the one we were given. Shes also a determinator.

What do you think?