The Bloody Palace is a game mode available in all Devil May Cry games except for the first. It is a single-elimination tournament that pits the player character against many groups of enemies and bosses, each on a lower floor, until they reach the end of the Palace.

In Devil May Cry 2, Bloody Palace becomes available in Mission Select menu after clearing Normal difficulty with both Dante and Lucia. This additional mode was intended for the player to master their skills and abilities as well as gain a large sum of Red Orbs.

The goal is to kill all the enemies on levels 1–9999 – enclosed spaces, similar to Secret Rooms. After completing a level the player is presented with three portals to choose from; empty portal advances one level, portal with white magic circle – ten levels and portal with green magic circle – 100 levels. The enemy groupings are semi-random for each run through the palace, with levels ending with 0 spawning bosses. Enemies on levels 1–100 use Normal difficulty settings, on levels 101–1000 – Hard, level 1001 and higher – Must Die. Highest level – 9999, is repeated indefinitely, making the player fight nearly every boss in the game. This mode ends only with death of the player character.

After that the Results screen appears. It shows the highest level reached, time spent, enemies killed, and amount of Red Orbs obtained during the run. The player is also presented with a bonus calculated as:

Unlike later versions, there is no in-game reward for completing the palace aside from the achievements in the HD Collection and the Nintendo Switch version and the aforementioned Red Orbs.

The Bloody Palace mode was added in Devil May Cry 3: Special Edition, but was not present in the original release. It is unlocked after completing the game once. Completing the mode with either character unlocks the "Super Costume" for that character (this is an alternative way of unlocking the Super Costume, as opposed to completing the game on "Very Hard" mode). The Palace has 10000 levels (floors)—starting with 0 and ending with 9999, the final level being the final battle with Vergil—with an additional boss fight loaded for every ten floors visited. After passing one level, the player is given 3 portals to choose from:

When selecting the BP mode player has the choice to play it solo or co-op. Then players would have to press L+R on their controllers for confirmation (single Joy-Con, double Joy-Con, and Pro Controllers are supported in any combination), and select an existing save data for the other player character. After that characters' current best results in BP are displayed and players can customize their controller setups for each character.

On the levels characters' game interfaces displayed separately—P1 on the left, P2 on the right—they share the Stylish gauge, however. On normal levels players share the screen with game camera zooming in and out to keep the characters in view. For boss fights though split screen is used—upper and lower halves of the screen for P1 and P2 respectively. If a player character dies on the level, they can still be revived on the next one provided the other one survives.[1]

In Devil May Cry 4, there are only 101 floors, with bosses fought on every twenty floors, culminating with Dante on the 101st floor. Unlike other incarnations of the palace, the enemy groupings are set, and the player can only travel one floor at a time. The player must also compete against a countdown timer. The player starts with 2 minutes and time bonuses are obtained by defeating the enemies, with more time being awarded by defeating them with higher stylish ranks. Completing a floor will also award additional time, with a bonus for clearing it without taking any damage.

For Devil May Cry 4, the Bloody Palace can provide some interesting fights not available throughout the campaign, especially when you are playing as Dante. If playing as Dante, an all-black Dante will be fought on the 101st floor; this is considered by some to be the Doppelganger's cameo appearance in the game. Aside from the new black Dante boss fight, Bloody Palace allows the player to fight Angelo Agnus in his chambers, Bael, and Angelo Credo with Dante. Furthermore, it is only in Bloody Palace mode where the player can see the complete in-game animation of Angelo Credo's death.

With the Special Editon, Bloody Palace remains the same, but now the player is also able to choose to play as Vergil, Lady or Trish. It's also possible to use any of the added costumes in Bloody Palace as well as combine them with the Super Costumes that only Nero, Dante and Vergil have. In order to enable that, the player must first start Bloody Palace or any mission with the desired costume, quit the mission and then choose the Super Costume. The character will now have infinite Devil Trigger and all the "Super" properties while wearing the extra costume.

Time added per enemy and bonus[]

The following information was taken from the Devil May Cry 4: Official Prima Guide:[2]

The Bloody Palace isn't featured in the base game of Devil May Cry 5 through natural means, but must instead be downloaded as a free update. It was first announced in the game's The Game Awards 2018 trailer, where it stated it would be available on April 2019.[3] On March 14, 2019, it was announced that the Bloody Palace would release on April 1, 2019.[4]

In order to unlock the mode in the first place, the game must have been beaten at least once.[5] There are a total of 101 stages and they are again timed, similar to the Bloody Palace in Devil May Cry 4. After each stage, the player is awarded with Red Orbs and more time to complete the next floor. For Nero, "Rest Areas" are available which are stages that grant the player with multiple Devil Breakers instead of enemies.

A "Warm Up" feature is available in this iteration which allows the player to practice any floor they have cleared, making the mode a good way to battle bosses without needing to play an entire Mission. In additon, a "Suspend" option is also featured which lets the player save their current progress and leave the game. Once the "Continue" option is selected in the Main Menu, the player can then resume from where they left off. This Suspend option cannot be selected when an enemy is still present in the stage however.

Just like in Devil May Cry 4, the Bloody Palace allows for interactions not possible to be seen during the main Missions. For instance, a lot of bosses which are killed during the normal Missions do not show their full "dying" animations or specific voice line for when they die, and there are bosses which cannot be fought by either Dante, Nero or V. One special situation is the Vergil boss battle at the 101st floor when playing as V. When V finishes off Vergil without using Royal Fork, he has an unique animation and voice line where he states "You and I are one...". In addition, Nero also has unique Buster animations for all bosses he cannot fight during main Missions.

Completing the Bloody Palace will unlock the Special Provocation for the character that was used to complete it (also applies to Vergil), this provocation animation is the same seen in the special cutscene that plays once Bloody Palace is completed. There are also trophies & achievements tied to the Bloody Palace, though they are slightly different depending on the platform and version being played.

In DmC: Devil May Cry, the Bloody Palace is a free DLC package, first made available February 20, 2013. Like previous iterations, it consists of 101 levels of survival-type gameplay. The DLC will require that the game be completed at least once before the Bloody Palace is unlocked.

The floors of the Palace are set in various areas from the game, and switch every twenty floors. Every fifteenth floor in each area is a special stage with interesting twists or environmental hazard. The first set of floors is based on the phantasmal landscape within Dante's soul, and floor 15 contains four puddles of Virility toxins. The second set takes place at Funland, and floor 35 includes the Hurricane as an environmental hazard. The third set is based on Devil's Dalliance, and includes the demon-angel alternating tiles on the 55th floor. The fourth set is based on the underwater limbo area preceding the Bob Barbas's tower, and includes an upside down level on the 75th floor. The fifth and final set is based on the area outside Mundus's Tower, and floor 95 becomes surrounded by flames like those from Furnace of Souls. 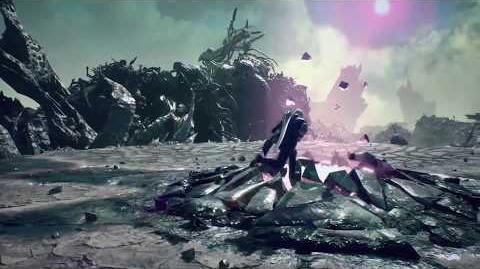