The Cameo System (シェアードシングルプレイ, Shared Single Play?)[1] is the name of the first online cooperative mode in the Devil May Cry series featured in Devil May Cry 5.

In the game, Nero, Dante and V are the main playable characters, and depending on the mission being played, they will intersect with each other which will trigger the Cameo System.

In some situations, players will be split up from each other, but it is possible to fight alongside another player in the same battle zone. If the two players are far apart, the game will replace enemy encounters for the player who is further behind, but if they are close enough an encounter cleared by one player will remain clear for the second. Once the Mission is over, an "Evaluation" menu will be available, where players can rate their guests as "Stylish!", earning  these ranks will award the player with one Gold Orb for each rating.[1] Awards are not granted immediately, rather being granted during a server synch that only occurs once per day at the same time that the 1-orb daily login bonus resets. They will then be awarded the next time the player starts up the game during the initial loading operation. The Mission Select menu also displays the amount of ratings one has obtained in total for each mission with the system available.

A fair number of missions have the Cameo System available, and even if the user is offline, developer data will be used in the instances where another player is supposed to appear, which is known by seeing the name "THE DMC CREW" in the "Starring" list.[2] If the player has played the level as the other character themselves, their own run of the level may be used: in this case, they will see their own username. In addition, players in an users' friend list will be prioritized when possible if the "Friend Priority" option is turned on the Network menu, however, they cannot be invited manually.[3]

The player name box will also display if that player gets an S, SS or SSS ranking in combat, showing it to the right of their name for as long as they maintain it. Lower ranks are not shown.

One way to know when a real player is present during the intersection is by trying to skip cutscenes, a "Waiting for Partner(s)" notice will appear at the top right, indicating that the guest hasn't skipped the cutscene and is present in the session. This will, however, only occur if the two players are close enough together that they both end up watching the same cutscene at the same time, otherwise it can be skipped as normal.

The player has several options they can set themselves under the "Network" tab of the options menu. They can turn off cameos by human players by disabling the "Network" option, turn on a "spoiler filter," and set "friend priority."

Friend priority will mean the game prioritizes pairing the player with runs of the game by users on their system's friend list. The spoiler filter, if switched on, will hide any alternate character costumes the player has not unlocked themselves. It does not hide weapons the player has not yet received, however.

The following are the rules to the real-time matchmaking according to the Devil May Cry 5 Official Complete Guide:

The following are the missions where players are able to trigger the Cameo System, it's possible to match with someone's recorded data on all of these missions unless specified otherwise. 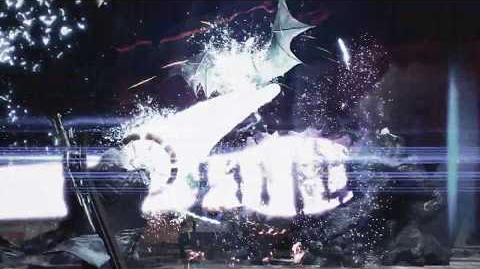 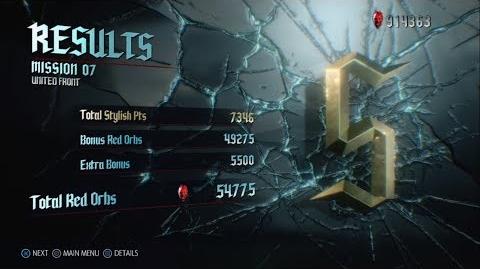 Retrieved from "https://devilmaycry.fandom.com/wiki/Cameo_System?oldid=98163"
Community content is available under CC-BY-SA unless otherwise noted.