With the release of Devil May Cry 4: Special Edition, Capcom added paid Downloadable Content the player is able to buy through each store on the systems the game is available on. Some of these DLCs were given for free if the game was pre-ordered.

Lady and Trish both have costumes that cannot be unlocked unless the player uses real money to purchase them, these are the DMC3 Lady costume for Lady and the Gloria costume for Trish. If one pre-ordered the game prior to its release, they'd get both of these for free. Once the game released, players can only unlock them if they're purchased. The price is $3.99 for the two costumes together.

DMC3 costume for Lady
Add a photo to this gallery

With the Time Saver DLC, the player is able to unlock all modes (including Bloody Palace) without needing to finish them in order, as well as being able to buy Blue Orbs, Proud Souls and Red Orbs. Note that you can't stack the Blue Orbs and make your health bar bigger than it's supposed to be, if all Blue Orbs are bought then they'll all turn into one big Red Orb in the Secret Missions or disappear during the normal Missions. Additionally, if the player pre-ordered the game they'd get both Red Orb and Proud Soul packs for free.

Below is a list of each Time Saver DLC available

For those who want to unlock these right away, players can purchase Dante's, Nero's, and Vergil's Super Costumes and use them without needing to finish Dante Must Die. Lady and Trish do not have Super Costumes. These three costumes cost $4.99 for all of them. 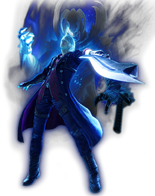 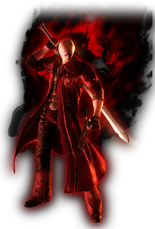 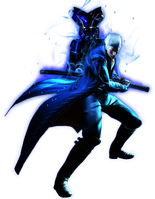 Super Vergil
Add a photo to this gallery

The PS4-only theme was only available if one pre-ordered the game on a PS4. It cannot be bought on the PlayStation Store in most regions.[1] It features the "The Idol Of The Time And Space" soundtrack as its main theme, and it switches the sound effects to the in-game sound effects when scrolling the menus. The background on the top is the Human clear bonus art with Dante and Nero sitting on a couch, and the one below is a close-up of Super Vergil. 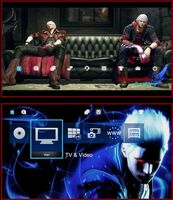 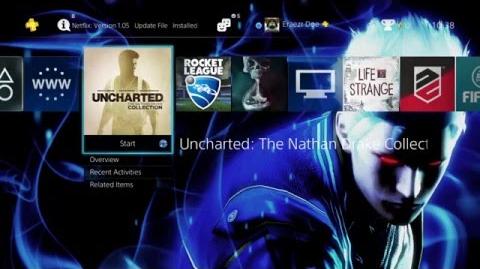 Retrieved from "https://devilmaycry.fandom.com/wiki/Devil_May_Cry_4/DLC?oldid=87062"
Community content is available under CC-BY-SA unless otherwise noted.