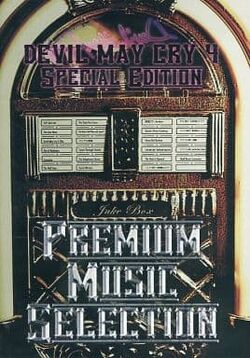 The Premium Music Selection was released for Special Edition of Devil May Cry 4. It was released on January 18, 2015 in Japan. It is only avaiable with the PS4 and Xbox One Collector's Edition version of the game. It consists of a CD containing selected tracks from the game.

Retrieved from "https://devilmaycry.fandom.com/wiki/Devil_May_Cry_4_Special_Edition_Premium_Music_Selection?oldid=115469"
Community content is available under CC-BY-SA unless otherwise noted.