Devil May Cry HD Collection is a compilation of Devil May Cry, Devil May Cry 2, and Devil May Cry 3: Dante's Awakening (Special Edition). It was officially announced by Capcom in October 2011 and released on April 4, 2012 for Xbox 360 and PlayStation 3. A port of this collection released for PlayStation 4, Xbox One, and PC on March 13, 2018. The collection was praised for bringing the games to a higher resolution, but criticized for not having the menus and some cutscenes redone for 16:9 widescreen. The PlayStation 4, Xbox One, and PC versions of the first game also feature poor audio looping, missing visual effects, and altered sound effects.

Overall, the HD Collection consists of straight ports of its component titles, with the graphics system upgraded to high-definition 720p on PS3 and Xbox 360 and 1080p on PS4 and Xbox One. Although the game does not use the MT Framework engine from Devil May Cry 4 and lacks any new lighting effects, during gameplay the screen is set by default to widescreen and 32-bit resolutions; however, the screen aspect ratio is still set to 4:3 for menus and some cutscenes. In addition, character models have a new skinning effect to reduce blur. Loading screens have also been eliminated.

As a seventh-gen game, the HD Collection includes achievements or trophies for completing tasks throughout each game. However, both the awards and the save function are disabled on the Devil May Cry 3: Special Edition port when Cheat Mode is active. New concept art is also made available to be unlocked, as well as a jukebox mode to allow the player to listen to select tracks from all three games.[1] 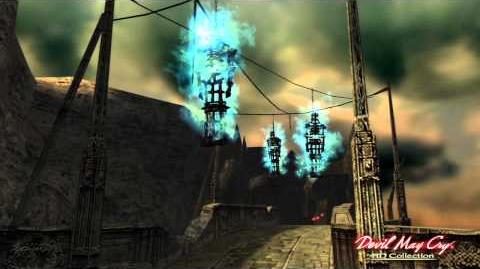 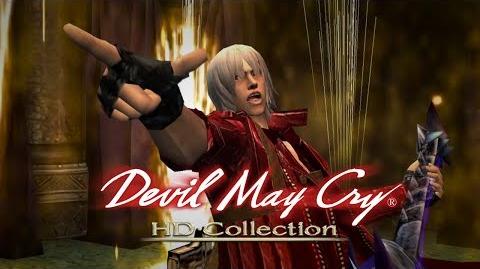 Devil May Cry HD Collection - PC, PS4, Xbox One
Add a photo to this gallery

Retrieved from "https://devilmaycry.fandom.com/wiki/Devil_May_Cry_HD_Collection?oldid=72680"
Community content is available under CC-BY-SA unless otherwise noted.