This is a list of enemies found in DmC: Devil May Cry. Most lesser demons follow a design similar to the past Devil May Cry enemies, particularly mannequins, opting for a more horrific appearance with veins and exposed bits of rubbery flesh. When they are struck, many "bleed" a substance similar to tar or oil. Unlike in other serials, the lesser demons are able to disguise themselves as humans. 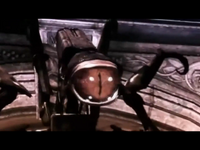 Several CCTV cameras in Limbo city appear to be infested by demonic beings. In Mission 4: Under Watch , if a CCTV Camera spots Dante, it will summon hordes of demons and block passages off. To proceed, Dante will have to destroy the eye stalk. 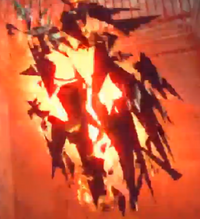 While demons appear in Limbo to attack Dante like white blood cells, Demonic Shards are pieces of the city itself that are torn away from their foundation by Malice, which then seek to attack. They appear to spawn in a liquid form similar to blood, before crystallizing and shattering to form spikes which will harm Dante if he gets too close. If Dante is not quick enough to shoot it with firearms, it will spin violently before launching itself towards him.

Retrieved from "https://devilmaycry.fandom.com/wiki/Enemies_in_DmC:_Devil_May_Cry?oldid=87840"
Community content is available under CC-BY-SA unless otherwise noted.