The Goat Clan (山羊の一族, Yagi no ichizoku?) is an ancient and powerful group of goat demons appearing in Devil May Cry 2 that are a little more advanced than the Agonofinis variety of demon. They are fluent in human languages and are very capable of using powerful magic spells.[1]

There are multiple classes of Goat Clan demons, all of which can fly and are strong fighters with their claws and hooves. The easiest way to distinguish the Goat breeds apart is by their color: The standard Goatlings are the weakest, and are a vile green color. The middle-class sport a crimson color all over their bodies, much like fresh blood.[2] The most powerful class, the Abyss Goat, is so black, looking at one has been compared to staring into the abyss of sin.[3]

Goatlings prefer hand-to-hand combat, normally on the ground, trying to use their arms or their kicks to damage the player rather than use magic. The only exception being a Goatling mini-boss that appears early in the game that casts fire that can be avoided jumping and/or running fast. However if it is knocked from the air, it will use its normal fighting style.

A high-ranking demon among the Goat Clan, Blood Goats have more armor and are faster than their lower-ranked cousins, but they still like close combat. They fly more often and use magic which is easily recognized by the magic circle they create in front of them. They cast 5 homing projectiles with great accuracy, and they are difficult to avoid, especially when swarmed. However, Blood Goats can also be knocked from the air with relative ease, preventing them from casting their spells.

Abyss Goats are the highest-ranking demons and have even more armor than the other two types, and are even faster. They prefer to remain in the air and cast spells. They are more difficult than other classes to knock from the air, meaning that the player has to deal with them and their spells most of the time. A "hit and run" strategy is recommended. 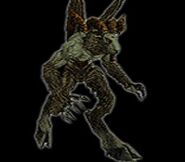 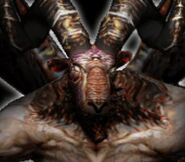 Close-up of a Goatling 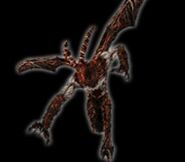 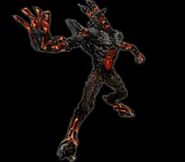 Abyss Goat - Enemy file.
Add a photo to this gallery

The Goat Clan are derived from Baphomet, a figure alleged by early Christians to have been worshiped by pagans, then later by accused Satanists such as the Knights Templar. The Abyss Goat draws additional inspiration from the scapegoat, a ritualized goat in ancient Jewish belief. The sins of the community would be placed upon the goat, which would then be driven into the desert to die.

Baphomet and Lusachia – goat demons in Devil May Cry 5.

Retrieved from "https://devilmaycry.fandom.com/wiki/Goat_Clan?oldid=99548"
Community content is available under CC-BY-SA unless otherwise noted.