The Msiras are low-ranked, cowardly simian-like demons encountered in Devil May Cry 2. They are the avatars of savagery and greed, and are the mutated forms of people who have been consumed by evil.[1] They may look timid and each of them never act outside of a group, but they are actually very strong and are fierce by nature. There are four types of Msira: a regular Msira, Homromsira, Gbusmsira and Jomothumsira. Each of them has different styles of fighting and have different elements.

Looks timid, but do not forget they are the avatar of savagery and greed.[2]

This type of Msira appears to have small amounts of smoke ejecting from its back.

Its unhallowed flame represents the burning desire its victims once had.[3]

This type of Msira called Homromsira is easily distinguishable by the ability to spit fireballs and the flame on its back along with it being orange in color.

Its ill-natured resentment has generated a deadly venom.[4]

This type of Msira called Gbusmsira can stand on two legs. However, unlike the others, it has nothing on its back. It is only distinguishable from the other types when it spits its venom.

Always under the influence of the evil environment, they are stronger than the ones living in the human world.[5]

This type of Msira called Jomothumsira has a more elongated skull and its body is covered with dark smoke: this smoke acts as some kind of aura that damage Dante or Lucia when they are near it. It can also stand on its two hind legs. They always appear only within the Demon World, because of this, they are more powerful than the other types of Msira. 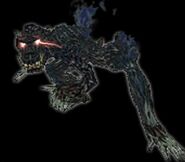 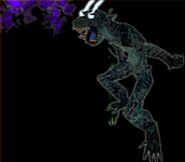 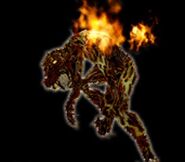 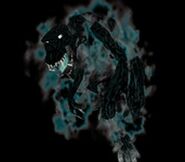 Jomothumsira enemy file.
Add a photo to this gallery

Retrieved from "https://devilmaycry.fandom.com/wiki/Msira?oldid=108906"
Community content is available under CC-BY-SA unless otherwise noted.