Devil May Cry 2
“
Its extremities reach the sky. Its intestines reflect the color of darkness. Its name means a tower of misery.
”
—Enemy File, Devil May Cry 2

Nefasturris (Lat: "Tower of Sin") is the boss for Mission 6 of Dante's scenario in Devil May Cry 2. It emerges from a skyscraper in Uroboros City, but Dante beats it down, eventually slaying the Nefascapitas, and continues on to stop Arius. Nefasturris later reappears as a component of Argosax the Chaos.

In the Devil May Cry HD Collection, the player will achieve the award "Sin City" if the player defeats Nefasturris.

Nefasturris is a giant skyscraper-possessing demon[1], composed of thousands of bat-like Nefasvermis (Lat: "Worm of Sin"), which also serve as energy conduits between the giant and the Demon World.[2] The Nefasvermis, seemingly composed of darkness, combine within a skyscraper and manifest the form of a giant humanoid emerging from the building.[3] After its first form is defeated, its decapitated head continues to fight on as Nefascapitas (Lat: "Head of Sin").[4]

Nefasturris attacks by firing white lasers from its mouth, either many at once, like a shotgun, or one continuously. it goes without saying that you should not attack it from the front., which is its weak point. Once it is damaged enough, it releases some of the Nefasvermis to attack Dante as well as to block him from attacking itself. As Nefascapitis, it still fires lasers, though it can also create floating laser beams that it directs at Dante. it also has some of its spine still attached, which is its weak point.

Nefastarrius' appearance seems to be based on the Gashadokuru of Japanese mythology. The Gashadokuru was a giant skeleton, fifteen times the height of a man, created from numerous corpses which would target lone travellers and bite off their heads to drink their blood, and could be detected by hearing a loud ringing in one's ears. 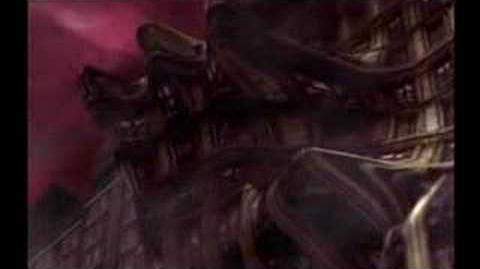 Devil May Cry 2 - Nefasturris
Add a photo to this gallery

As seen in the HD collection 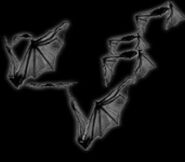 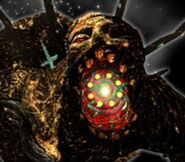 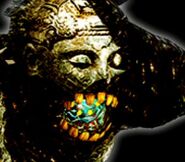 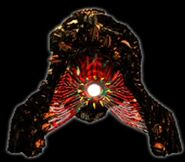 Enemy file - Nefascapitis
Add a photo to this gallery

Retrieved from "https://devilmaycry.fandom.com/wiki/Nefasturris?oldid=95096"
Community content is available under CC-BY-SA unless otherwise noted.