Edit
watch 02:17
New Pokemon Games - The Loop
Do you like this video?
Play Sound
This article is about the combat style. You may be looking for the key item of the same name..
“
Time-controlling style in which the player can move at lightning quick speeds.
”
—In-game description, Devil May Cry 3: Dante's Awakening

The Quicksilver Style is a time-controlling style appearing in Devil May Cry 3 which is obtained from Geryon the Timesteed. It allows Dante to move at lightning quick speeds relative to enemies and the environment,[1] thus allowing him to experiment with different tactics and combos.[2]

Quicksilver is a style granting the power to slow down time at the cost of Devil Trigger. Dante will snap his fingers and say "Stand Still!" as the world's colors are inverted, activating Time Lag. During the snap animation, Dante is granted invincibility frames no matter if he is on the ground or air. While active, everything except Dante moves at a fraction of normal speed, allowing Dante to set up and perform combos not normally possible. It can be used in conjunction with Devil Trigger but will drain the gauge faster.

Using the "Super Legendary Dark Knight" costume allows Quicksilver to be used for an infinite amount of time. In the original release of Devil May Cry 3, the "Super Dante" costume would also allow such a thing, but this was changed in the Special Edition and in turn in the HD Collection as well. 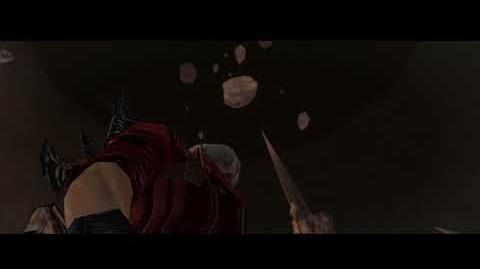