For character expressions, Capcom used the latest facial technology developed by the Serbian company called 3Lateral, the movement in the game uses motion capture and after that's done, the voice actors record their lines based on the existing video, which makes it easier for them to understand the character's emotions.[4] The same was done with the facial motions, they were also recorded separately from the body motion capture, so the developers had to sync everything together, which proved to be much harder than ever according to audio director Kakunoshin Atsumi.[5]

Since the character models are very realistic, Capcom had to take special care of the animations in the game so they don't fall into the "uncanny valley of character movements", the new updated models would look unnatural performing the over-the-top animations, so Capcom had to tweak the animations to make them less "anime-like", because of this, some animations would end up having too much preparatory motions for some movements and again they had to go back and re-do the whole thing until the controls felt responsive.[6]

In addition, the character's faces themselves were planned to be a complete digital double, meaning the character would look exactly like the model it was scanned from. However, Capcom then decided that in order to make the characters look more like their original looks, they needed to change them. This was done after the facial rig was built, so not only did they change the models, but also had to re-do some of the rigging.[7]

The real jacket that was scanned to be Nero's new jacket.[9]

Emily Bador was 3D scanned for the character of Nico.[11]

Volume 249 of the CGWORLD magazine covered the development of Devil May Cry 5.[16]
Add a photo to this gallery 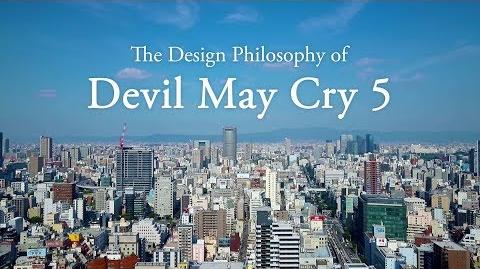 Retrieved from "https://devilmaycry.fandom.com/wiki/RE_Engine?oldid=97297"
Community content is available under CC-BY-SA unless otherwise noted.