Devil May Cry 2
The Savage Golem is an enemy in Devil May Cry 2. It is an artificial creature created with magic and parts of other creatures[1]. Savage Golems are one of the few enemies in the entire series that are able to heal themselves.

It is able to project spikes from its body by rolling into a ball, or from the ground by slamming its fists down and can also spit a poisonous liquid. Standing close while it extends its arm opens possibility for Golem to grab Dante's leg.

Their most dangerous ability lies in their ability to regenerate. The Savage Golem is usually quite slow and will remain stationary as it is attacked, pieces of it will fall off as it loses health but when its legs are the only parts left, it will begin to quickly run away and regenerate their health and body fully, this makes them extremely annoying to deal with on higher difficulties where enemies become more responsive.

According to the Jewish and Medieval folklore, a Golem is a being made up of nonliving objects. The name came from the Hebrew word that directly means "cocoon" or idiomatically meaning "fool", but other sources tell that it came from the word gelem which means "raw material".

The word golem is used in the Bible to refer to an embryonic or incomplete substance: Psalm 139:16 uses the word גלמי, meaning my unshaped form, which then passes into Yiddish as goylem. The Mishnah uses the term for an uncultivated person ("Seven characteristics are in an uncultivated person, and seven in a learned one", Pirkei Avot 5:9 in the Hebrew text, varies in English translations). Similarly, golems are often used today in metaphor either as brainless lunks or as entities serving man under controlled conditions, but hostile to him in others. Similarly, it is a Yiddish slang insult for someone who is clumsy or slow. 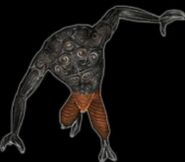 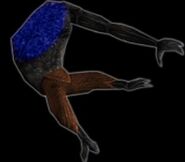