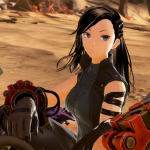 Today's thought: Apparently I can't edit a page and leave it right in a single go...

Relatively-old-yet-rusty-as-hell fan of DMC who began with DMC4 in 2009 (I was 10. Kind of underaged, eh?) and has played all games but the original Devil May Cry (which for some reason crashed before I could actually got to play anything. And yes, that includes DmC, which is a good game but can't stand up to the rest, even to 2). Took a time off the series only to come back when I heard Vergil was returning in Devil May Cry 4: Special Edition, an event that got me really hype.

Average skilled player - I could pass Devil May Cry 3: Special Edition on Dante Must Die but I had to abuse the pseudo-infinite D.T. costume (the Dante one, I didn't got to play too much with Vergil). In fact, I died three times and used several large healing stars when D.T. was forcefully off during the second part of Arkham's fight (I've gotten better than that, however. I think I'd only die once.)

Been gaining some skill in DMC4:SE, especially with Vergil, with whom I can defeat Crazy GMD Max AI Dante without DTing and without spamming cheap moves (not using Round Trip at all and only using Judgement Cut once per combo). Amusingly enough, I have more trouble defeating DMD Dante, maybe because I've grown too used to his GMD attack paterns.

Retrieved from "https://devilmaycry.fandom.com/wiki/User:Baluar?oldid=57617"
Community content is available under CC-BY-SA unless otherwise noted.