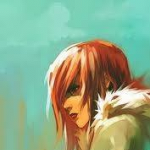 I was introduced to DMC about four years ago by a (former) friend. However, being fatally inept (literally) at Playstation-anything, I was largely unable to play anything but DMC4 until the advent of DMC HD Collection. Oh, and I'm a major Vergil fangirl. I keep staring at the background pic on the right... Okay, moving on.

General Gaming (And Other Random) InfoEdit

My first game system was an SNES, my second was a GBAsp, and my third a Gamecube. This is probably why I can't play PS to save my life; I must be programmed for ABXY controllers. (I'm trying to fix that though. I recently bought a PSP1000 on impulse and so far I'm not doing too badly with it. Might even get a Vita when the price goes down and it's proven bug-free. I also just bought a PS2.) That would certainly explain why I can use an Xbox. (Anyone else wonder when Microsoft is coming out with a portable Xbox system?)

My preferred game genres are RPGs and hack-'n-slash, but I define that loosely. Shooters are NOT my first choice but I can play them as long as they're equally focused on melee. (For example DMC and Fable.) So far the only exception is the PSP game The 3rd Birthday from Square Enix. (Beat it in two and a half weeks with less than 14 hours of play, a record for me. I'm disgustingly proud of myself.) Tournament-style fighters aren't really my thing either but I do like Dead Or Alive. (NINJAS! ...Ahem, pardon my ADD...)

Surprised Resident Evil isn't on the list? I don't like the Horror genre in any medium. Yeah, I'm a coward. (But I laughed my ass off when I saw that my high school library classified Twilight as Horror. Teh furk? O_o Sorry to any Twilight fans on here, but Edward is a stalker emo hemophagic sugar cookie, and Bella is just plain stupid. No horror involved. Vampires DO NOT SPARKLE. >_>... <_< ADD tangent... Sorry...)

Games turned into movies/anime and games turned into books are a big interest point for me. (FFVII: Advent Children was awesome; Dead Or Alive was horrendous.) Movies turned into games are usually less important, depending on if it was a book before it was a movie. (Epic bookworm here.)

I love to draw fanart and write fanfiction, but most of it doesn't go any farther into the world than my notebook or word processor. (If a fanfic is written according to request I'll blog it though.)

Well that's all I can think of for now, but I'm sure I'll come up with more pointless information about myself later.

This is just a list of funny coincidences I've noticed...

There WILL be more of these.

Retrieved from "https://devilmaycry.fandom.com/wiki/User:Theena?oldid=36906"
Community content is available under CC-BY-SA unless otherwise noted.